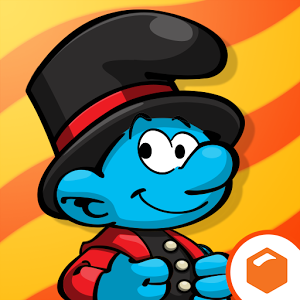 PLEASE NOTE: Smurfs' Village is free to play, but charges real money for additional in-app content. You may lock out the ability to purchase in-app content by adjusting your deviceвЂ™s settings.

Gargamel found the SmurfsвЂ™ village and scattered the Smurfs far and wide. With Papa Smurf's guidance, itвЂ™s up to you to build a new village for the Smurfs to call home.

Based on the original cartoon and comic art, players begin the game with only a single mushroom house and a lone plowed plot of land. From there, things quickly progress, allowing players to build specialized houses, elaborate gardens with colorful crops, bridges to span running rivers, trodden paths, and more.
------------------------