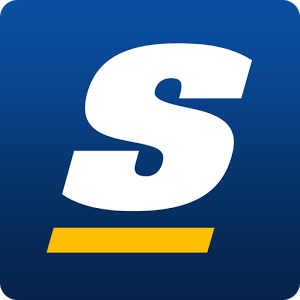 theScore is your home for NCAA March Madness Basketball, NBA, NHL, MLB and all major sports!

**For users encountering File Package Invalid messages, we apologize and are currently working on resolving this issue. Thank you for your patience. For more details, please contact thescoreapp(at)thescore(dot)com.**

вЂў Follow the NCAA March Madness basketball tournament with a fully interactive bracket, scores and alerts for each game, get upset alerts and real time news so you don't miss anything from the world's biggest college tournament.

вЂў March Madness Bracket View - Track your teamвЂ™s path to the final with the bracket view, which is fully interactive and supported in both portrait and landscape mode. (Will appear after selection Sunday, March 16)

вЂў Breaking News Alerts - Get breaking news from all your favorite leagues including the NFL, NBA, NHL, MLB, and EPL.

вЂў Top News - WeвЂ™ll bring you the biggest sports stories in an instant thanks to this at-a-glance view of the biggest headlines.

вЂў Hot Games - All of the most popular events in one place, showing whatвЂ™s trending and whatвЂ™s coming-up, so you won't miss a thing.

вЂў Off Season Trackers - Never miss a signing or trade.

вЂў Receive FREE Push Alerts including: goals, ends of quarters/periods and other key moments in any game to keep you on top of the action.

вЂў Install theScore's MyScore or theScore League Ticker Widgets to get all of your sports scores from your favorite teams or top five leagues right on your home screen! theScore League Score widget is also lock screen compatible for Jelly Bean 4.2+ devices.

вЂў Use "My Score" to completely customize the app. Follow any team or player throughout the season to view their performances in real time.

Real-time, all the time. Know theScore!

вЂў For more information and other apps visit: http://mobile.theScore.com

вЂў If you're experiencing any issues at all or have feedback, drop us a line, we'd be happy to help you out: thescoreapp@thescore.com or from within the settings menu.