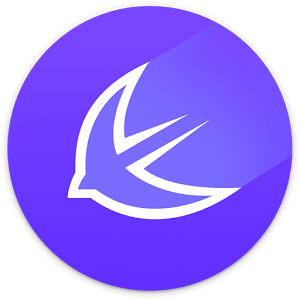 
в?† THE NEXT GENERATION LAUNCHER - Super fast and trouble free launcher with only 1MB package;
в?† SMART FOLDER - Automatically organizes your apps based on functions, efficient app management;
в?† APPs DISCOVERY - APP RADAR to discover popular apps around you which could also flatter you.


APUS Launcher, the smallest launcher in the world with only 1MB; the fastest launcher for app organization and recommendation.

The voice from media and our users:
вЂњThis launcher is just simply fantastic. It's easy to use and very fast. " -- TECHTOM https://www.youtube.com/watch?v=StHoeSgkLNs
вЂњThe UI is clean and easy to use and it automatically categorizes your apps into smart folders вЂ“ which is a really nice touch.вЂќ -- PocketTechGuide.
вЂњTotally awesome Anyone having problem of slow speed , go for it. Rest like me enjoy it for its simplicity. Reduced my ram usage by 300 mb! вЂќ -- Syed Ali
вЂњComplete in small pack.. It's simple, fast, and save your battery.. Usually my lg last only for a day.. After using apus it can last for 2 days.. ExcellentвЂќ -- Jong Han
Thanks to every user. You are the great source of innovation and motivation. We are keeping on improving and hearing your voice.
в–є Read in app permissions and usage here: http://feedback.apuslauncher.com/privacy.php


About APUS group
Apus, the fastest aves in the world, with a speed of 353 KM per hour.
Apus spend all their life in flight. They never rest, even sleeping. Study says apus spend 95% of their life in the air. Around the world, apus has 3 families, 131 species and 417 kinds.

In 2008, the first Android phone was created. Until today, there are more than 2 billion Android users with over 10000 versions Android phones. However, they all have to face one pain, slow activation and operation, unbearably slow.

In July 2014, APUS group was founded with the determination and mission to solve this problem. They admire the freedom and speed of apus. They are a group of young and dedicated people devoting ourselves in improving Android launcher and system, their vision is to provide the fastest app launcher around the whole world.

Today, APUS group published their first version: Humming bird.
Let's go and join us into the next-level mobile experience with the simple,fast and smart ApusLauncher!

APUS Launcher вЂ“ Speed up your mobile phone, optimize your homescreen, simple and elegant theme design,the evolution of your phone system, next free launcher for your Android device.


APUS launcher will keep evolving to provide better user experence. We strongly need your support and valuable feedback. Please take a minute to rate us and push that g+1 button to help us spread the word.
For any suggestion, feedback or request, please head over to our Facebook page: http://www.facebook.com/APUSGROUP or email us at apusecho@gmail.com.