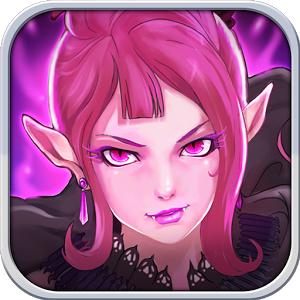 A long time ago, the Lunar Deity bestowed three races the power to rule over the world. The three races were vastly different from each other, so much so that one could not hope for a long-lasting peace. The delicate peace reigned only for decades, until the forces of evil shattered it, casting the world into chaos.

The first monsters to appear posed only minor threats to the three races, yet no one foresaw the full extent of the growing evil. By the time the leaders of the three races realized their folly, it was too late. Their own people have already begun siding with the forces of darkness.

Though it seemed impossible at first, the leaders of the three races decided to unite and fight against the forces of darkness, but distrust and their differences foiled their plans. Amid betrayal and the looming threat, the three races set out to arm themselves to face the grave situation theyвЂ™re in.

Will the three races triumph over the forces of evil?

1. Custom Weapons & Accessories
- Enhance your weapons and accessories with the Enhancement system.

2. Player Character
- Create your own character! Select a costume that reflects your character.

4. Tons of Quests
- Prefer single player mode? DonвЂ™t worry. We have a long list of quests for you that will be both fun and challenging.

5. Ease of Control
- You can choose from Virtual Stick Control or Touch Screen Control.

6. Trading Center
- Trade your enhanced items with friends or other players!
Profit from the market price!

** Please note that while the app is free, please be aware that it contains paid content for real money that can be purchased upon users' wish to enhance their gaming experience.You may control in-app purchases made within this app using password protection which can be enabled from the setting page of the Google Play Store app. **
Tags: Moon Quest Dungeons Dark
Android Apps
1 383
Download APK:
Direct Download APK from GlobalAPK.Com
Google Play Store:
https://play.google.com/store/apps/details?id=com.bluemoon.google