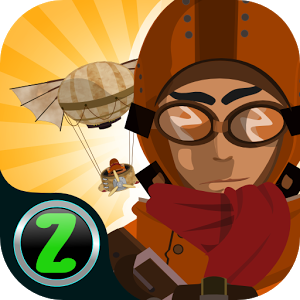 Balloon Getaway takes place in the skies, where an aviator named Jetro must flee from the bandits who intend to keep him captive. The game follows a rail shooter genre, allowing the player to shoot enemies from his aircraft in a 2D fashion. You can pick up ammunition in the stages by looting it in destroyed structures or those on the grounds- but be careful not to get your aircraft tangled! The game has three free stages, where you must finish each by going through a mini boss battle, and dueling with the main boss itself. Balloon Getaway is Zeenoh Games' 4th iOS game.
Tags: Balloon Getaway
Android Apps
1 173
Download APK:
Direct Download APK from GlobalAPK.Com
Google Play Store:
https://play.google.com/store/apps/details?id=com.zeenoh.balloongetaway