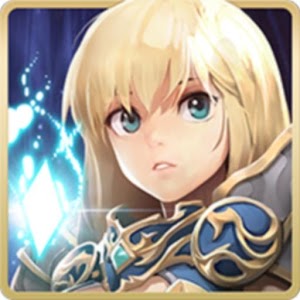 
[Story]
The War Era
Created world of chaotic ancient times, all the creations were formed with the elements of fire/water/wood.
Unable to coexist, these three elements' conflict caused endless battle for their survival.
The battle lasted for thousand years and finally reached the Apocalypse.

The birth of cards by the king Oberon
To protect the world from the Apocalypse, The great sorcerer Oberon created spell that can seal the lives into the second dimension. During the battle of the last day, Oberon's spell successfully seal all the warriors into one small card. After brining peace to the world, Oberon became the King and trained summoners who can control the power of the card with sealed warriors.

The challenge of succeeding the throne
Over the thousand years, King Oberon kept the world in peace but worried the misuse of card's power after his death. He decided to give the throne to the summoner who wins the challenge.
Tags: OberonSaga
Android Apps
2 358
Download APK:
Direct Download APK from GlobalAPK.Com
Download OBB:
http://ul.to/keb86thi
https://userscloud.com/ygducjfwuskh
http://www.tusfiles.net/5yfbs022yoqb
Google Play Store:
https://play.google.com/store/apps/details?id=com.sjit.oberonsaga