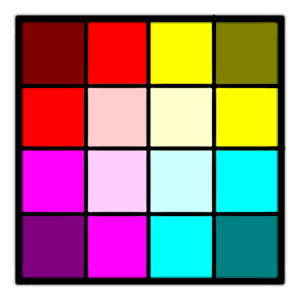 DisplayTester makes it possible to test almost every aspect of your device's LCD/OLED screen. Using Google Cast it is possible to test the display quality of your TV. It is designed to allow full screen testing also on devices with soft keys (hiding the soft keys in ICS and later, immersive mode in KitKat and later).

-= Soft key hiding in ICS/Honeycomb/JellyBean =-
Use the preferences menu option for this or simply long touch the display during a test is running.

If you are having a problem or you have a suggestion about a missing feature, the ONLY way it will get done is if you email me! :)
-----