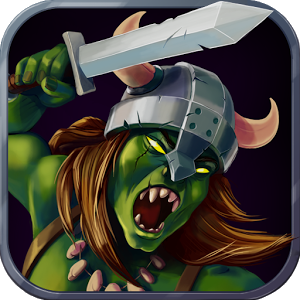 Royal Protectors is the game where exciting adventures, fierce battles with insidious enemies and colorful fantasy world in need of a strong and wise defender are waiting for. The game is perfect for those who like to have a good time thinking over military tactics and strategy.

STORY
The kingdom, already in a state of war, falls victim to another misfortune - evil from the Dark Fortress is spreading on its territory: undead strike mortal terror into local population, and the hordes of Orcs and Goblins are ruining the peaceful cities. You have to cleanse this land of nightmarish creatures of darkness, and to fight with the chief evil - ancient Liches, having hidden behind the impregnable walls of the Dark Fortress!

SPECIAL FEATURES
Archmage is the main power of your troop. But your enemies know it too: Their main effort is to destroy the protective barrier around him and neutralize the wizard. To win the next battle, you must destroy all rivals and defend Archmage, since his death is equivalent to a complete defeat.

There are three kinds of magical attacks in your arsenal:
вЂў Freeze - freezes the enemy and reduces its armor to 10%;
вЂў Acid - eats away the enemies' armor;
вЂў Meteor - a powerful spell that destroys everything in its path.

By changing tactics of battle, combining magic attacks, making efficient use of warriors acquired while traveling you will free the world from the ancient evil, carrying death to all living beings!

ADVANTAGES
вЂў Good difficulty balance; it gradually increases from level to level. You can choose the difficulty for each map separately.
вЂў 26 exciting levels on thirteen maps.
вЂў 42 upgrades for your warriors and magic.
вЂў Lasting overall game time and a thoughtful, interesting story.
вЂў 40 game achievements.
вЂў Royal Protectors is the game made in the tradition of tower defense, in which tactics and strategy of warfare are above all!