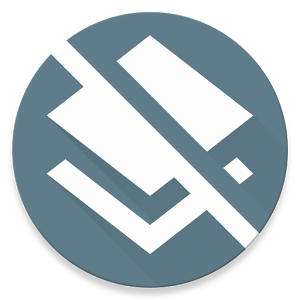 With Android 5.0 Lollipop's release, the recents view (multitask button) became overview, and instead of showing you only actually running apps, it also shows you apps that have ran in the past. Over time, this screen ends up listing pretty much every app you have ever run, becomes completely useless, and wastes a perfectly good (soft-)button.

Recently aims to restore sanity, by limiting which apps are shown. In its most aggressive configuration, it will show you only apps that are actually running right now. Because Android can be fairly aggressive itself with killing off apps, apps you have used just a minute ago may disappear from the list in this setup, and configuring Recently to remove entries that have not actually run the past few days may be the better option.

Purchasing the Pro version supports my developments and will allow you to start Recently automatically at boot.

This app is built specifically for Android 5.0 and 5.1. Future versions may work differently, the recents/overview screen may be fixed, etc. In a year this app may no longer be relevant.

Aren't task killers bad?
No tasks are ever killed by Recently. It only removes entries from the recents list that are not actually running at time of removal.

What resources does this use?
Virtually none. There are no wakelocks at all. Battery impact should be less than 1% worst case.

Nothing happens?
(1) Make sure you have enabled the switch in the top right of the settings screen
(2) Make sure you aren't using a custom kernel that disables logging
(3) Make sure you give it a minute or so after first enabling it

When I press the back and the multitasking button really quickly, my last used app that is now closed is still listed
The delay in this case is about a second after the app close animation finishes

I just pressed the back button on an app, and I'm in 'running apps only', but the app is still listed
Not all apps actually close when you press the back button. Most do, but some don't.

Nothing is happening at all, and I'm finding an 'unexpected EOF' error in logcat
Sometimes the app can't access logs. This is usually because multiple apps are trying to read from logcat at the same time. The app will keep trying periodically. Rebooting usually gets rid of this problem.