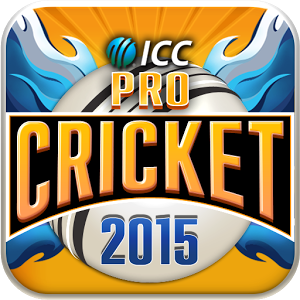 One of the most detailed and realistic simulation gaming experiences of its kind, вЂњICC Pro Cricket 2015вЂќ is a gamers delight вЂ“ equipped with 2 game play cameras and over 25 in-game camera angles, the action never stops fascinating!

Packed with stunning graphics this game is sure to be a jaw dropping experience. Play the different modes and climb the charts to become the king of the virtual cricketing world.

Build your dream team
Earn, trade, and collect players to create your own fantasy team. Choose your play style, field formation, and the stroke of your shot.

Select your teams, start the match, and get in the action. Your match results depend entirely on your ability making it the most comprehensive cricket game ever.

HereвЂ™s your chance to kit up with your favorite team and create history at the grandest stage of them all: The ICC Cricket World Cup.

вЂў Motion captured animation to get the real cricketing experience.

вЂў Innovative Bowling controls with the most in depth bowling experience in a cricket game ever. Control the speed of the ball, the line and length and make sure you donвЂ™t cross the line.

вЂў Compete against people from around the world and get on top of the leader board.

вЂў Daily Objectives: Get new objectives to complete every day and earn points and coins which will help you strengthen your squad.

вЂў Train, upgrade, sell, buy. ItвЂ™s all up to you, your team and your players