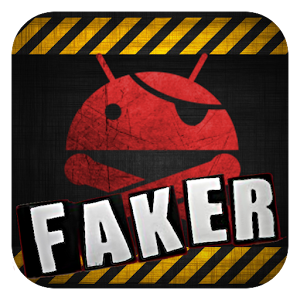 What is this?
It is an application that allows you to launch the app you can not start at rooted.

в—‹ attention during updates
Please do not update unfake state.
I will not be able to return by the case

в—‹ important
There is a trial period officially in the system of GooglePlay.
For information about whether we can use, please try at that period.
It can not respond, be required to refund directly out the back past the period. I troubled honest.

в—‹ two important
It does not have to ensure that you move all apps, etc. (game).
It also is said to be only a "that matter that does not work", there is no progress anything.
I have indicated below, there are some limitations, such as for SuperSU.
You may feel that it is difficult to use due to it, but is a specification for the avoidance.

Check mechanism so or different for each application,
Some features, such as that required for the app is not required in certain applications.

I can not respond to requests like that please remove XX so difficult to use because their not use.
Some become essential to people other people that issued the Riku without using.
While some people who have requested a refund because of the (difficult to use) it,
It is the content that has been described previously. It should not be a reason, such as had not seen.

In addition, although People often content XX does not work,
It is for those that do not work, but for those that are moving in an environment of my
Could basically relies environment a user's (installation application, etc.),
It is not something that can respond to all here.

Also about what there is no information, such as the description of the (Version of Android) and model, ROM is at least
Please consider correspond to the basically impossible.

в—‹ Requirements
- It is a ROOTED

в—‹ Requirements (ICS)
- (May not be necessary in CM10.1) that you install the superSU

в—‹ corresponding ROM
ROM of android4.0.x or more
вЂ» You have been tested on the development is currently the only official (JB) CM10 JP-Remix, SC02E/03E official, of SC02E

в—‹ Tested application
- Line Pop (line system General okay?)
- (?) Nesune viewing on CM10.1 unspecified
вЂ» These, even if corresponding Kernel,
It is not the thing can be certified for use in all environments
- D Video Store

As it may not work depending on the environment used thereof.
вЂ» ROM, custom of their own, such as the application you are installing

в—‹ How to use
Fake 1. Manual
Unroot to press the button at the Fake 1.1. Screen
Start the App 1.2. Arbitrary (how to start is optional)

Start-up of two. Registered App
I then long-tap an App that requires 2.1 Fake
I start an App that was set from 2.2.List on

3. Creating shortcuts
I long to tap the App of 3.1 on the list
3.2 Fake After setting, select Yes in the Create Shortcut confirmation

USB debug control of 4.Fake control linkage
I turned ON to check the USB control at 4.1 Setting

Kill control of a background application control when 5.Fake
I turned ON the head folly ground task control at 4.1 Setting

в—‹ Limitations
If you have enabled (modules) Xposed, you may not drive a piece application.
Because you can not disable them from DeviceFaker, it adds Xposed detection function.
If there is a app that will not start up, you may need to disable them manually.
(This is not a problem of DeviceFaker)

в—‹ Limitations 2
In addition, since seems to superSU detected in some applications,
By setting, uninstall internally at fake.
In that case, the position and the like icon changes to the drawer.
Tags: DeviceFaker ROOT
Android Apps
3 517
Download APK:
Direct Download APK from UsersCloud
Google Play Store:
https://play.google.com/store/apps/details?id=jp.kbc.ma34.devicefaker
Comments (1)