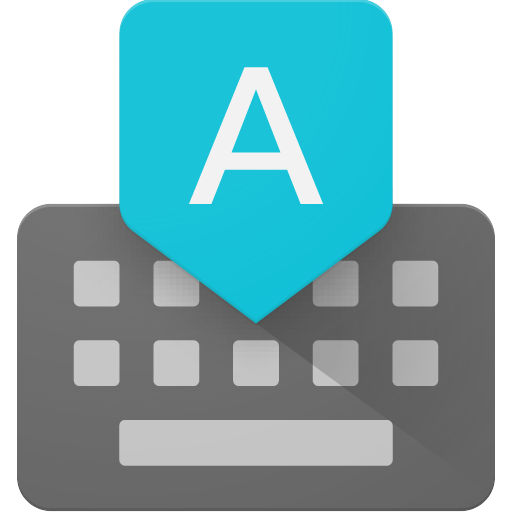 Google Keyboard makes typing fast and easy with gesture and voice. Glide through letters with Gesture Typing to enter words - just lift your finger to finish a word and gesture again, no spacebar required. Compose text on-the-go with Voice Typing. When you can’t find the right words, express yourself with hundreds of perfect emoji. Works on all your Android devices.

Key features:
• Gesture Typing: Slide your finger from letter to letter. Completes a word before you’ve finished the gesture, especially useful when gesturing longer words.
• Voice Typing: Touch the microphone to simply dictate your text.
• Word completion suggestions, automatic corrections, and next-word prediction based on the words you have typed.
• Emoji: Press and hold Enter to choose from hundreds of emoji in any app (Android 4.4+).
• Learns as you type: No need to manually add words to a personal dictionary. Type a word once and you can gesture type it or find it in suggestions next time. Long press a suggestion to remove it from your “learned words” or the keyboard dictionary.
• Sync your learned words across devices to improve suggestions: To turn on keyboard syncing, go to Settings → Language & input → Google Keyboard → Dictionary → Sync learned words.
• Gesture cursor control: Slide your finger across the space bar to move the cursor.
• Gesture delete: Slide left from the delete key to quickly delete multiple words.
• Symbols hints: Show quick hints on your keys to access symbols with a long press (enable in Google Keyboard Settings → Preferences → Long press for symbols).
• One handed mode: On large screen phones, pin keyboard to the left or the right of the screen by long pressing on Enter and selecting the thumb icon.
• Fast symbols: Gesture from the “?!в?є” key to temporarily switch to the symbols keyboard and insert a symbol.
• Fast capitalization: Gesture from the SHIFT key to a character to capitalize it.
• Choose a layout with or without key borders to suit your style.