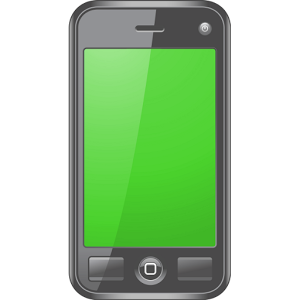 Get your Screen on! Screebl is an application that controls your screen based on orientation. It's better than SmartStay and it works on any phone, not just Samsung. Never have the screen turn off again while using your phone, and SAVE BATTERY too. It's possible with Screebl!

Screebl works based on a simple observation: we generally hold our phones or tablets in roughly the same positions when we're using them. Screebl uses the accelerometer in your mobile device to detect how you're holding your phone, and when your device is within a configurable range, the screen is kept on. Move out of that range, and Screebl releases the lock and the screen is allowed to go off. It sounds simple (and it is), but it works amazingly well!

How does Screebl save power? Well, it's simple. On most phones, the screen is the single largest consumer of battery power. With Screebl running you can reduce the average amount of time that your screen is on by only keeping it on when you're ACTUALLY using your phone. The amount of savings can vary significantly by device and usage patterns, but it is possible for users to see savings of 20% or more. See our web site for more details.


PRO-ONLY FEATURES
вњ“ PocketLock locks your phone when you put it into your pocket, unlocks when you take it out
вњ“ AppExceptions let you turn Screebl off when selected apps are running in the foreground
вњ“ Locale plug-in and Tasker integration provide automated control and customization of Screebl
вњ“ Look-and-feel customization lets you make Screebl look the way YOU want
вњ“ Better detection algorithms
вњ“ Screen timeout set from Screebl


KNOWN ISSUES
вњ“ Some phones do NOT deliver sensor events when the screen is off. Examples include some HTC phones, some Sony Xperia phones, and quite a few Motorola phones. PocketLock may not work properly on these phones. See this link for more info: http://www.saltwebsites.com/2012/android-accelerometers-screen-off
вњ“ PocketLock causes significant battery drain on some phones. The effect of the PocketLock feature varies widely from one phone to another. The longer that you have PocketLock monitor for removal from your pocket, the more power will be used. Most phones see a minor increase in power consumption when using PocketLock (4-8%).
вњ“ Stillness detection doesn't detect small movements on some devices. A few devices have very coarse-grained accelerometers, and as such movement is not detected well, causing stillness timeouts when the phone is actually being used. I am working on a fix for this that will be in an upcoming release. Most phones are fine.
вњ“ Screebl doesn't startup when the phone is powered-on. On some phones (HTC in particular) the "fastboot" capability can cause problems with Screebl being started at power-on. I've done my best to fix this, but it still is a problem on some HTC devices. Also, Screebl must NOT be moved to SD storage.
Tags: screebl total screen control
Android Apps
2 640
Download APK:
http://files.globalapk.com/download617.html
Google Play Store:
https://play.google.com/store/apps/details?id=com.keyes.screebl.full