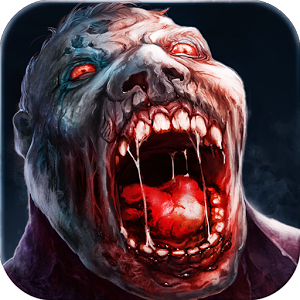 In 2040, World War III happened, country frontiers changed, modern warfare advanced to a new era after Minister of Defense signed a contract with CS Corporation to perform project Dead Target: transform prisoners into super combat killers. However CS betrayed and threaten to trigger a zombie outbreak if the president does not follow their order.
The countryвЂ™s doom is getting closer when CS infected a whole city to prove that they are serious. A special commando team was hired to head to the frontline and collect information before the army can open the counter strike вЂ“ operation Apocalypse. Too bad everything went wrong, you and agent M are the only survivor. Break your way through the dead zone, rescue agent M and make your way to reinforcement location or you will join your dead brothers. Be careful with the space around, the walking dead awaits you

Dead Target is an FPS game where you can:
- Witness the stunning 3D graphics with detailed textures
- Enjoy the realistic sound effect and music
- Slay zombies in style with epic weapon system
- Upgrade your gears to face the upcoming zombies waves
- Discover the large game world with various locations
- Complete all achievements and quests to compete with your friends
- Set your nerve to the highest level to deal with different zombie types
- Interact with the environment to defend your position and stay alive

FREE AND FUN
- Dead Target is free to play, you can save up cash and get more powerful weapons
- Enjoy the feeling of slaying large zombie horde pushing toward you,
- Choose your way to take down the zombies: aim to the heads, chop the limb, send them to the sky with grenade etc
- New content updated regularly

ZOMBIES
- The zombies come with many forms and abilities
- Some zombies can be extremely danger in different types of maps
- Sometimes shooting at the head is not the best way, think twice before pulling the trigger

WEAPON & GADGETS
- Multiple weapon types featured (rifle, shotgun, machine, grenade launcher
- Keep ranking up to unlock the deadliest guns
- Some weapons can be weak to some types of zombie but may be strong against the others, always keep you equipped
- Feel like your weapon is not strong enough ? Upgrade it or buy a new one or simply purchase boosts from the store
- Choosing the right boost (no reload, infinite bullet, increase fire rate, damage, etcвЂ¦)will make you the dominator on battlefield

500 BATTLES IN DIFFERENT MAPS
- Prevent zombie from crossing a bridge to the safe zone
- Clear zombies in a hospital for treatment research
- Stop zombies from entering the subway network and spread over the city
- Defend a frontline that got breached
- Investigate a prison where the outbreak began
- Pay attention to the objects around you, they may be the key to survival, a single precise shot can trigger an explosion that can save you in the right time

CASINO SYSTEM
- Spin the lucky wheels to collect bonus item
- Keep spinning to get a chance to win rare boosts
- Free spins available frequently, check the casino more often to know when you can get one