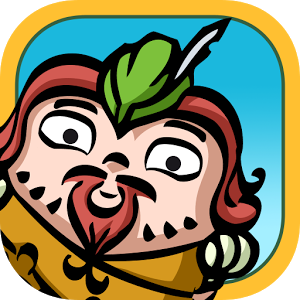 Bardadum: The Kingdom Roads, a puzzle video game set in a humorous medieval world. The game is simple, accessible, and based upon the player's common sense and observation.
Follow the story of two friends: a bard and a knight traveling through the Bardadum kingdom. May their quest become yours!

GATHER THE KINGDOM HEROES
Help 16 characters find their respective objects without blocking the paths of other characters.

QUICK AND EASY TOUCH CONTROLS
Built for tactile control with easy-to-use handling: push on a character and trace his path to the target.

A PROGRESSIVE DIFFICULTY
3 game modes to adapt the challenge to every player: Easy, Hard and Time Attack.

THINKING AND OBSERVATION
Don't hesitate to try and experiment, there's no game over and a level can sometimes be accomplished with several solutions.

NON-LINEAR PUZZLE EXPLORATION
DonвЂ™t get stuck, choose your own progression through an open level map.

A GAME EXPERIENCE WITHOUT INTRUSION
After the full game has been purchased, the game doesn't include any other in-App purchase, Facebook connection or any intrusive ads.

What the press says: