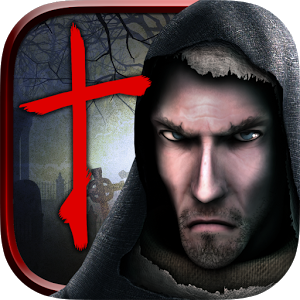 Play a remorseless character to live an original story inspired by the famous novel of Valerio Evangelisti.

A will of steel, a heart of stone, intelligence as sharp as a knife, and wisdom as deep as oblivion. A host of divine weapons to fight Evil and heresy.
Eymerich is called upon to investigate an obscure case. Something that goes way beyond heresy, revealing a new face of Evil. He must tackle a great number of arduous tasks and make many painful choices. Terrible creatures await him, but with his burning determination he will overcome a Plague that is deadlier than his worst possible nightmare.

BONUS
Voices and texts in Latin for a best experience!

DON'T FORGET TO CHECK OUT OUR OTHER FANTASTIC ADVENTURE GAMES!

Amerzone The Explorer's Legacy
Atlantis 2: Beyond Atlantis
Atlantis 3: The New World
Atlantis 4: Evolution
Atlantis 5: The Secrets of Atlantis - The Sacred Legacy
Aztec The Curse in the Heart of the City of Gold
Dracula 1: Resurrection
Dracula 2: The Last Sanctuary
Dracula 3: The Path of the Dragon
Dracula 4: The Shadow Of The Dragon
Egypt 2: The Heliopolis Prophecy
Egypt 3: The Prophecy
Jules Verne's Journey to the center of the moon
Jules Verne's Mystery of the Nautilus
Jules Verne's Return to Mysterious Island
Jules Verne's Return to Mysterious Island 2
Louvre The Messenger
Necronomicon: The Dawning of Darkness
Nostradamus The Last Prophecy
Road to India Between Hell and Nirvana
Versailles 2
Still Life 2 - Director's Cut