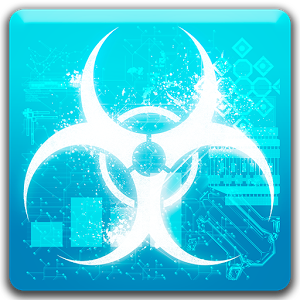 INTRODUCORY PRICE! -50% only for a couple of days!

Enter the battle for humanity. Save Earth from hordes of zombies. Plan your strategy wisely, build up your defense, recruit survivors and KILL ZOMBIES! Use flamethrowers, shotguns, machine guns or tanks, artillery and even multiple rocket launchers. Feel yourself as a real military commander of the future. Save the humanity from the biggest threat it ever encountered!

вњ” Uniqe holographic look.
вњ” Upgrade your units to stay alive.
вњ” Mix of RTS and Tower Defense genre.
вњ” 3 difficulty levels and an infinite mode.
вњ” Detailed cities with schools, industrial zones and downtown districts.
вњ” Hordes of enemies to stop you from reaching your goal.
вњ” Lots of infantry units and vehicles to chose from. Tanks with artillery support vs zombies ? You can try it!
вњ” Different maps with different play styles.
вњ” Your tactics depends on the unit set you have chosen before battle.

This game provides a fresh approach to tower defense/RTS genres. The main goal is to hold a city while an army of zombies tries to capture your base. You can try fast expansion, but it could strech your forces a lot so you won't be able to defend properly, or try to hold limited territory, but you will be facing resources shortage in a week or so. Also any map has much more than one tactical maneuvers to use. Also your play style will be highly dependant on which units you'll choose. You can extensively use artillery to kill enemies even before they approach or, on the other hand, you can try stick to close combat using infantry and by barricading buildings.

The year is 2053. Unknown bio-weapon escaped from laboratories and now it turned 86% of the population into mad abominations. Only a secret military group, known as Iron Corps can put an end to this threat.

NOTE:
If you'll find any bugs, problems, balance or grammar issues, please feel free to report us. It is very important for us and we will try to release fix as soon as possible.
Tags: Zombie City Defense
Android Games
1 253
Download APK:
Direct Download APK from GlobalAPK.Com
Google Play Store:
https://play.google.com/store/apps/details?id=com.mozglabs.citysiedge