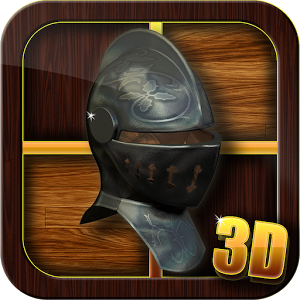 We've done an upgrade thanks to all your feedback. Thank you. New in Morph Chess 3D v3.0:

Morph Chess 3D has taken the ancient game of chess to an all new level! Played in a dynamic 3D environment, the pieces morph into medieval characters who lock in battle to capture their square. This action packed adaption of the game will have you changing your armour in no time!

Check out some of the features....

SINGLE PLAYER:
Play 6 varying levels of computer AI, from Beginner all the to Ridiculous!

MULTIPLAYER:
Play against your friends on one device or over the internet!

BUT I CAN'T PLAY CHESS!
Let Morph Chess 3D's 'Move Assist' show you the possible moves from your selected piece. Anyone can learn to play.

I HAVEN'T GOT TIME!
Turn on 'Quick Move' to speed up gameplay, so there's always time.