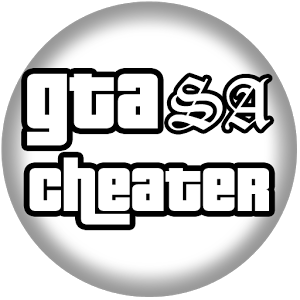 Allows anyone with Grand Theft Auto San Andreas for android to apply cheats. Due to requests from people really wanting to cheat, this app is being released early. More cheats, languages and options will be coming soon in updates.

Due to changes in the way the new GTA San Andreas works, this cheater app is a bit different to previous ones. Instead of having a keyboard to type in the cheats, they are now applied before the game loads.

If you like this app and want to see it continually developed then please give positive reviews. Any issues please contact us via email and we will do our best to rectify them.

Instructions
1. Go to CJ's house and save the game in a new slot.
2. Open this app and select the same slot you just saved the game to.
3. Select the cheats you want to use, then press save.
4. Go back to the game and load the save.
5. Have fun cheating.

This application contains not code from the actual game, modifications are made to already existing files.

Version 1.2
+ Fixed issue with German version of the game. (Please email if you still have issues)

Version 1.6
+ Added ability to spawn any vehicle.
+ Added option to use the Minigun.

Version 1.7
+ Added option to restore to state before cheats.
+ Improved Russian and Japanese languages thanks to contributors.