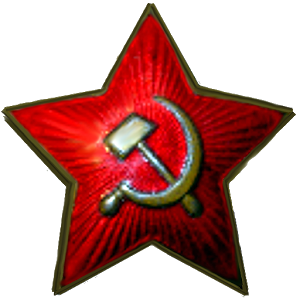 Conflicts: Eastern Front is a huge turn based strategy game which takes place on the Russian Front in World War II.

You are in command of the German WWII armed forces - generals, tanks, infantry and air force units - and the object of the game is to conquer the Soviet Union as quickly as possible.

This is a huge game, and if you haven't played games fom the Conflict-series, you may want to start with Operation Barbarossa or D-Day before taking on the Eastern Front. If you want to test the game mechanics of Conflict-Series, a LITE version of Operation Barbarossa is available for free.

+ Tactical Areas/MPs: Some hexagons are connected together forming slowly evolving Tactical Areas, and you can move between such hexagons using Tactical MPs instead of regular MPs. This opens up a completely new tactical dimension.

+ Economy & Production: You decide how to use the industrial resources that you capture: Build railway networks, produce Rail MPs, manufacture minefields, fuel, etc.

+ Railway Network: To navigate the huge game area efficiently you need to plan where to build railway network.

+ Generals: Generals support the closest units in battle at the cost of 1 MP, while the front line units located too far away from Generals might lose 1 MP.

+ Long-lasting: Thanks to in-built variation and the game's smart AI technology, each game provides a unique war gaming experience.

+ Competitive: Measure your strategy game skills against others fighting for the Hall of Fame top spots.

+ Settings: Various options are available to alter the look of the gaming experience: Switch between terrain themes, change difficulty level, choose icon set for units (NATO or REAL), decide what is drawn on the map, change font and hexagon sizes.

+ Inexpensive: The entire WWII eastern front for the price of a coffee!


In order to be a victorious general, you must learn to coordinate your attacks in two ways. First, as adjacent units give support to an attacking unit, keep your units in groups in order to gain local superiority. Secondly, it is rarely the best idea to use brute force when it is possible to encircle the enemy and cut off its supply lines instead.

Join your fellow strategy gamers in changing the course of the Second World War!