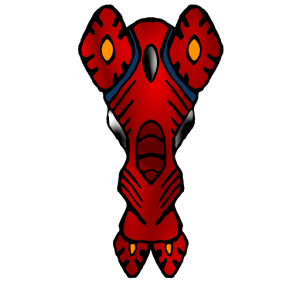 500 Years is an old school episodic space opera designed for tablets and larger phones. The game is an adventure where you explore different star systems and meet the inhabitants, some friendly, and some not so friendly.

No in app purchases!

The Earth was dying and humanity boarded ships to colonize the stars. These ships were named after the wonders of the ancient world: The Giza, The Alexandria, The Rhodes and finally, The Artemis.

The Artemis landed and set up a colony on an Earth-like moon. Then the Ants, an insectoid species, came and enslaved the colony. All hope was lost.

Years later you were born in the Artemis colony and joined the resistance against the Ants.

One day the Ants suddenly left your colony for unknown reasons. The Proctor of your colony tasked you with finding the ancient Artemis colony ship. Among the wreckage you found the captain's yacht; and it still works! You and your crew take to the stars to find the other humans, if they are still out there. 500 years after the destruction of Earth...
Tags: Years
Android Games
920
Download APK:
Direct Download APK from UsersCloud
Google Play Store:
https://play.google.com/store/apps/details?id=ca.poorwillgames.years1