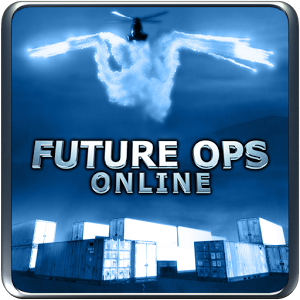 The update for Future Ops has been delayed due to the release of Zombie Ops Online. Both games will receive the ability to join the same TDM/CTP and Zombie Mountains games in an update scheduled for January 1st.

Survival MMO Mode is planned to be similar to DayZ and War Z, however its under heavy reconstruction right now, many features had to be disabled in order to optimize them for mobile devices, more buildings must be simplified.

A Multiplayer First Person Shooter with up to 64 Players per server in Survival MMO, Team Deathmatch and Capture The Point game modes.

Air Vehicles allow you to play Mobile FPS games like never before, this game aims to be your mobile battlefield.

Please always update your game, if there are server side changes, then a new server version is created that is only accessible by the newest version of the game, which is why it looks like there are few servers online.