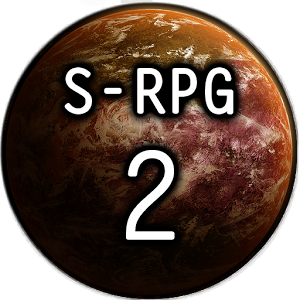 The much requested second game in the Space RPG series!
**English only** for now I am afraid.

As this is a new release, you would be doing me a huge favour by reporting all bugs to Google or emailing me directly. Thanks!

Space RPG 2 features excellent role playing adventure action. Do you want to get rich on the trade routes? Pirate goods from other ships? Follow the main story? Go off, do side missions, and explore? The choice is yours! Inspired by the classic Escape Velocity series, Space RPG 2 was created because users from Space RPG just kept begging for more - this will keep you entertained for hours!

TRADE
Explore new systems, and trade commodities to earn credits! Can you figure out the best trade routes?

UPGRADE
Spend your credits on new ships, weapons, and upgrades! Which style of ship suits you best - Cargo ship? Warship? Slow and sturdy or quick and agile? The new weapon system makes choosing the right ship even more fun. Will you use all your space for upgrades or max out your weapons? So many options! .... how will you choose to play?

COMBAT
Exciting real time space combat! You hyper-jump into a system and the alarm goes off - Pirates!! Pirates often hunt in packs, and you only have a limited number of torpedoes available... can you survive?!

STORY
Featuring two sides to the story this time for extra replay-ability, and portraits for story characters, Space RPG 2 will keep you entertained! Take on various missions for your faction and advance through the ranks! A number of secret side missions will also help sate your desire for more!

Need some help?
- Want to make more credits? Try trading! Each planet sells commodities at different prices, figure out the best trade routes and work your way up to ships that can hold a lot of cargo!
- Don't take on too many missions at once, your passengers might get annoyed at being flown halfway across the galaxy!
- The game saves whenever you land, so it is a good idea to land somewhere before you undertake something particularly dangerous...
Tags: Space
Android Games
1 276
Download APK:
Direct Download APK from UsersCloud
Google Play Store:
https://play.google.com/store/apps/details?id=com.meister.spacerpg2