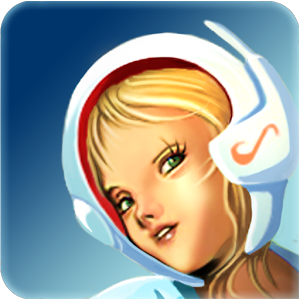 This game contains NO In App Purchases or Adverts.

Following the rapid expansion into the universe, Earth's natural resources have dwindled to a minimum. In 3041 Earth's Government issued an order to search out planets and asteroids ripe for harvesting and capable of supplying Earths needs. However upon colonisation it quickly became apparent that we were not the only intelligent life form in the universe, nor were we the only planet with dramatic resource needs.

In the short time that followed the human toll soared as the threat grew ever greater. As part of Earth's response to this new alien threat Gravity tournaments were held to find the most skillful pilots capable of defending the colonies from alien attack. You are one such pilot, a winner of the Gravity tournament, a Gravity Hero.

Piloting your highly maneuverable craft you must defend Earth's mining efforts on these new worlds from an invading alien force. Protect the miners at all cost and secure Earth's desperately needed resources.

вЂў NO In-App purchases or adverts, once you buy it, that's it no more
charging.