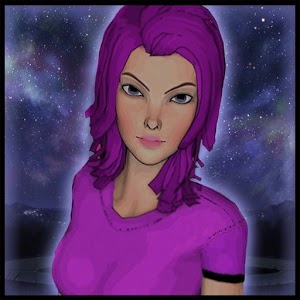 Sixty years ago, there was a mansion outside a town owned by a rich gentleman called Luis Mark. He was successful in the field of business as he earned his position of being a well known business man in the town. At the late of his age he built a mansion outside of the town thereafter owning butlers and maids. One of the maids had a curse deep inside of her before Luis knew about it, it was brought out all over the place and caused hatred and insanity to whom lived in the mansion. Luis lost his mind and murdered his family and everyone around him as he eventually burned himself. Some say that Luis Mark is alive, making sure that noon enters his mansion!
Kevin, a young man who has high ambitions in adventures heard some rumors about a place nearby the town he lives in, as it was mentioned that some ghosts were spotted wandering inside Luis's mansion. Lately, Kevin decided to take an opportunity of having a reckless adventure to the mansion, but then nothing was heard about him for over weeks. Alessia Chiara Kevin's close friend started noticing his long and sudden absence as she took it upon herself and went to look for him in Luis Mark's mansion.
Tags: Lost Mansion
Android Games
1 054
Download APK:
Direct Download APK from UsersCloud
Google Play Store:
https://play.google.com/store/apps/details?id=com.BeyondLight.LostinMansion0