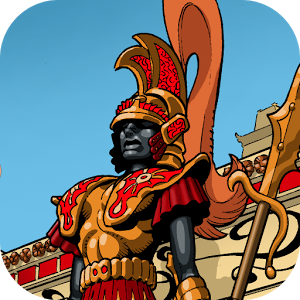 In the Empire of the Petal Throneв„ў, will you find glory, or a knife in your back?

"Choice of the Petal Throne" is a 124,000-word interactive fantasy novel by Danielle Goudeau, where your choices control the story. It's entirely text-based--without graphics or sound effects--and fueled by the vast, unstoppable power of your imagination.

M.A.R. Barker's world of TГ©kumelв„ў is a fantasy universe like no other, where South American, Middle Eastern, and Indian cultures collide. The princes and princesses of the TsolyГЎni empire vie for their father's mystical Petal Throne, tearing the nation apart with civil war and political intrigues.

As a captain in one of their armies, will you play as male or female, gay straight or bi? A brave and forthright soldier, a hedonistic intriguer with a heart of gold, or scheming double agent?