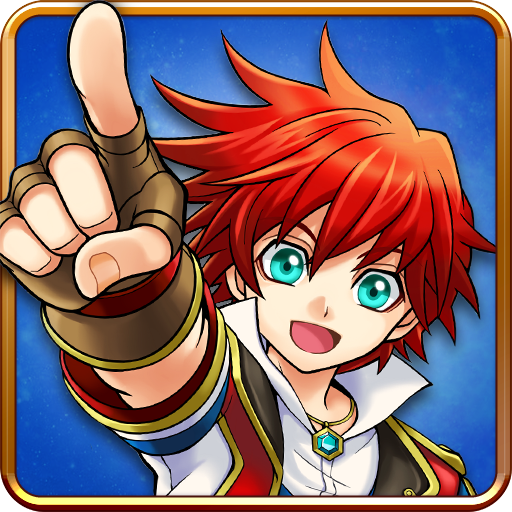 It's a phenomenon in Japan, downloaded over 89 Million times, and now you can play it worldwide! Experience an action game made especially for mobile, using real skill and strategy! Play co-op real time with your friends, or battle solo through an epic narrative- now with the original 2D art!

* Real-Time Co-Op Action RPG *
Perform magnificent combo attacks that will surpass regular puzzle-solving, dragon-fighting games and control all movements, actions, and skills from the palm of one hand.

*No Play Blockers*
Forget about those other games that make you wait for an energy or stamina recharge. Play all you want in Rune Story!

* Build Your Own Unique Town *
Build and upgrade your town to harvest resources to level up and train your team.

Legend has it that runes imbued with ancient magic fell from seven elder runes in the sky centuries ago, but few remain. Airships fly the skies between the flying island Astora and the world’s other countless islands. Use the wondrous rune compass to guide your path as you attempt to uncover magical runes and journey to The World’s End, a place no one has ever reached.

Create your own Rune Story now with hundreds of heroes ready to battle at your fingertips! Venture on an epic adventure with your friends, make your own society, and experience a deep action-role playing game! Become a powerful hero and unravel the mystery that all begins with a talking cat…

COLOPL NI presents Rune Story! Based on White Cat, the massive hit RPG from the anime capital of the world Japan, Rune Story will take you on a role-playing fantasy unlike any other.