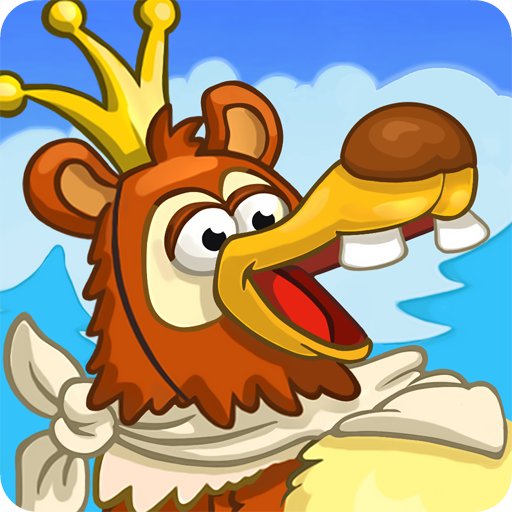 Mighty King Bear is lazy. Too lazy to hunt, too lazy to get his own food. Instead, he bullies the other forest creatures into feeding him their food.
Of course, you don’t want to get too close to him, in case you end up on the menu. So instead you fire the fruit straight into his giant jaws using a makeshift cannon.
That’s not as simple as it sounds, given all the obstacles in the way. But using movable objects and a variety of helpful animals, you can always find a way of feeding King Bear. You’ll get help from the chameleon’s long tongue, swinging monkeys and spiky hedgehogs. And each fruit behaves differently in flight – so getting a whole melon into the King’s mouth is a mighty feat.
Challenging physics-based gameplay and riotous humour means that once you’ve played Feed the Bear, you can’t bear to be without it!