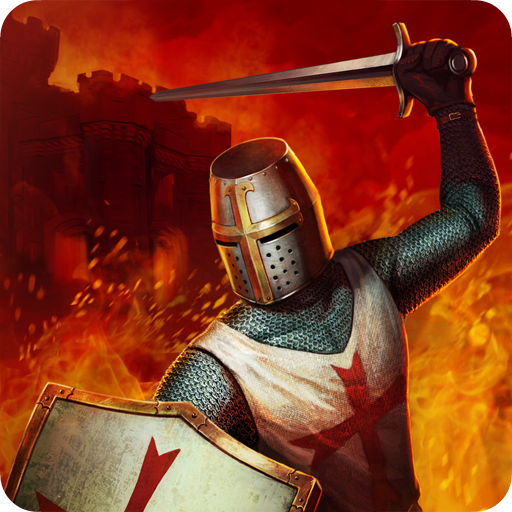 Strategists! A huge update of Medieval Wars is here!

A free campaign ‘In Praise of Odin!’ consists of 9 missions, in which you will take part in the Vikings’ bloody wars in Scandinavia and Mainland Europe.

• You will be able to capture Paris, invade England and Southern Italy.
• With the great Rollo you will found the Normandy dukedom.
• In Oleg the Prophet’s campaign you will gain Kiev.

For those who think that’s not enough, we have also prepared 4 new historical scenarios.

• In the bloody ‘Battle of Brávellir’ you will defeat the legendary Harald Wartooth, the King of Danes and Swedes.
• In a huge scenario called ‘Vikings' Wars’ you will be able to keep half of Europe in fear and make them look to the seas in terror.
• Playing as Harald Fairhair in the ‘Unification of Norway’ you will set the Norse crown atop your head.
• As Cnut the Great you will win the war against Norway and Sweden and establish power over these lands.

The history of medieval Europe is rich in bloody wars and conflicts. The Norman invasion, the Crusades, the Hundred Years' War, the Reconquista, the Wars of the Roses, the Albigensian Crusade and endless peasant riots… A new game in the Strategy & Tactics series gives you an opportunity to try your strength in confrontations between the most ruthless conquerors.

In Medieval Wars: Strategy & Tactics you are to lead the armies of England and France as well as the armies of crusaders in three campaigns and try to win the biggest wars and battles of European medieval history. Scenario maps will let you take part in Russian feuds, stop the Saracens under the flag of Charles the Great and lead The Hussites.
After winning all the fascinating battles of Campaign and Scenario mode, try Hotseat multiplayer mode.
Medieval Wars: Strategy & Tactics: It’s time to march off!

"A sharp and elegant turn-based strategy game, Medieval Wars leaves you with the best of medieval times and leaves out the boring bits." - hardcoredroid.com