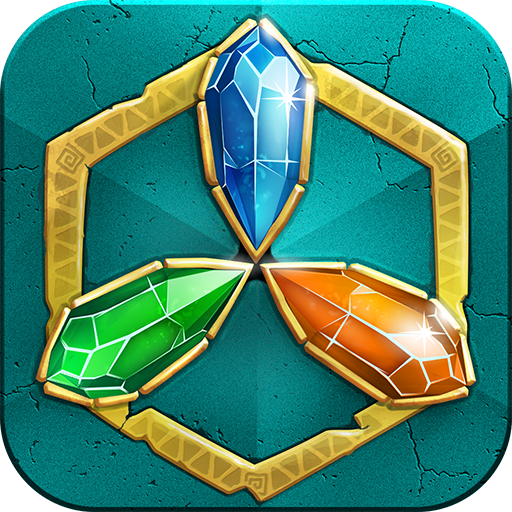 We've taken the original Crystalux, kept your favorite levels, and improved all the rest. Of course, we haven't forgotten to add some new challenges: the game now has more than 300 levels waiting to be solved, and new rules for bosses, too!

The gameplay is the same as before: move six-sided pieces around and match crystals of the same color. To complete a level, use the crystals to form a pattern or picture. If things get tricky, there are hints that can help you. Just use them on any piece, and solving the most difficult pattern will become much easier.

Crystalux. New Discovery features:
- upgraded graphics, so the puzzles looks better than ever. Now in Full HD.
- a long-awaited pack of large levels for real puzzle experts and people who enjoy giving their brains a workout. Stock up on hints!
- numerous bosses – win treasure and crystals for defeating them, and fill your own personal treasure chest
- share your finished pictures on social networks (including Instagram)
- sync your progress and play on several devices (requires Facebook authorization)
- an inimitable Zen atmosphere and enjoyable gameplay
- tons of upgrades, new functions, and even secrets