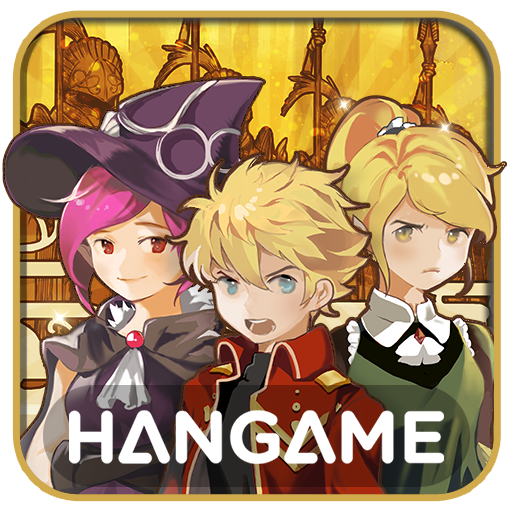 Fun like you’ve never had before! Find the strongest team of Guardians!

Explore Bellia in the awesome and improved Guardian Hunter!

в–¶ New Areas and new Dungeons в—Ђ
- The Mysterious ‘Astanian Temple’ has dozens of new adventures, guardians, and enemies awaiting you.
- The secret door is now open, so enter the forgotten temple and find all of the valuable artifacts waiting for you there.
- Hunt through hundreds of adventures in both the old areas and the new Astanian Temple!
- See how far you can get in the endless dungeon with an infinite stream of enemies flying at you! See the explosion of beautiful 3D graphics

в–¶ Live Co-op Party Play в—Ђ
- Don’t play alone anymore! Show your friends that you know how to fight with honor!
- Now you can play with more than just Guardians. Invite your friends for some live action! Challenge your friends to see who can take down the most enemies in each dungeon!
- Visit Bellia with friends for live co-op play! Play hide and seek with friends in real-time!

в–¶ Weapon Gem System в—Ђ
- Why is the opponent stronger than you? Because the great gems covering their equipment!
- The gem system has been added to strengthen equipment! Give yourself the edge in the difficult challenge modes!
- Now you can customize your gear to improve the strength and apply some powerful boosts to your armor and weapons.

в–¶ Guild War в—Ђ
- Decide the strongest guild now! Assault your opponent guild’s forts and take them down!
- Cooperation is the key to success in these challenging Guild Wars. Participate in the Guild War to see which guild is the best.
- Raise your guild’s honor and reputation to give yourself a fighting chance against the Guilds at the top of the leaderboard!
- Play as a team and fight as a party in an elite team of Guardians and Hunters combined into an astounding action force!
- Become a Hunter and participate in the Super Brawl RPG now!

Guardian Hunter is constantly updated with new Guardians and features! We listen to our players and implement the features that are requested by our community. Visit our Facebook Page or Forums to join in on the conversation!

Over 90 Guardians to collect, each more cool and powerful than the last! Friendly for new players and veterans alike. Once you start Guardian Hunter you'll feel right at home leveling your Hunter and fighting against the Invaders from the Underworld to achieve peace in Bellia!

What is New:
Update Notes
- You can level up Guardians by clearing stages, so clear stages for Guardian EXP!
- In Arena, you can now select which enemy your Guardians should attack.
- In Arena, enemy Guardians' berserk cooldown time has decreased. Watch out!
- New package items! Lupe package is back with more bonus rewards!
- Check out our Facebook and Forum for more information!
Facebook: https://www.facebook.com/GuardianHunterENG
Forum: http://forum.hangame.com/forum/guardian-hunter-aa
Tags: Guardian Hunter SuperBrawlRPG
Android Games
889
Download APK:
https://dropapk.com/n17ibab14vcs
Google Play Store:
https://play.google.com/store/apps/details?id=com.nhnent.SK10360