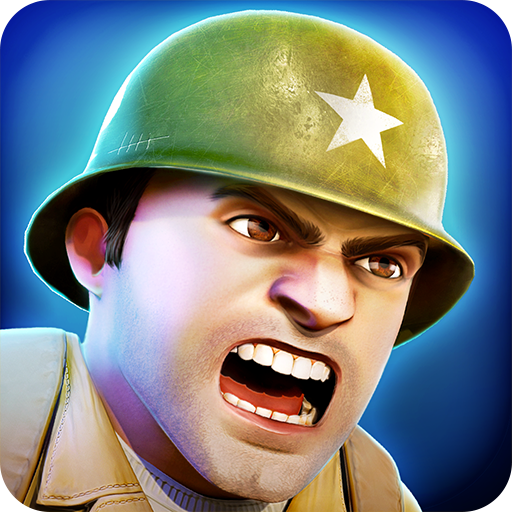 It’s 1942, and deep in the South Pacific your platoon of crack troops lands on a tropical island, but can you defeat enemy forces and hold your ground to fight another day?

- Control troops, jeeps, tanks, boats and warplanes over air, sea, and land as you vie for superiority deep in the South Pacific
- Build and improve your military might, and use it to raid and pillage enemy islands and capture their resources
- Make sure you've a strong garrison - your enemies are itching to invade!
- Exciting Real-time strategy and combat game-play
- Battle against friends in the fight for supremacy
- Join together with others by setting up or joining an Alliance, and use real-time Chat to strategize!
- Compete weekly with similarly-ranked players to be top of your Division
- Optimized for both tablet and smartphone
- Play across devices and save your progress by linking to a social media account

IT'S TIME FOR BATTLE, SOLDIER!

Join our community at www.facebook.com/BattleIslandsGame

What is New:
FIXED! Boats in defense now move towards the attacking troops quicker!
FIXED! Chat messages now show correctly in order!
FIXED! You can now unblock another player who you had recently blocked in chat!
So download this update and we'll see you on the beaches!
Tags: Battle Islands
Android Games
1 372
Download APK:
https://dropapk.com/f3pk3ncbrz15
Google Play Store:
https://play.google.com/store/apps/details?id=com.and.games505.battleislands