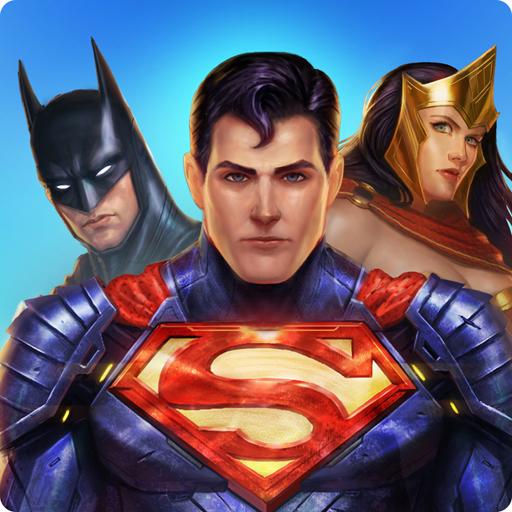 PRODUCT DESCRIPTION:
As the shadow of the Blackest Night prophecy falls on every world, sheer will alone cannot save the shattered DC Universe. It’s up to you to lead a team of DC’s greatest champions to victory, but know this: peace can only be restored with a strategic mind. Experience the ultimate role-playing game packed with all of your favorite DC Super Heroes and Super-Villains. Join Superman, Batman, The Joker and more in a battle against Nekron. How will your choices affect the fate of the DC Universe?

TEAM UP
• Collect and form teams of Super Heroes and Super-Villains from across the DC Universe
• Construct your own allegiance of the Justice League or build your own Lantern Corp
• Unite unlikely allies such as Green Arrow, Doomsday, Wonder Woman, Dr. Fate, and Harley Quinn to create the perfect lineup for each mission

THROW DOWN
• Battle against Nekron and the Manhunters in a story-driven campaign across iconic DC locales, including Metropolis, Themyscira, Thanagar and more
• Immerse yourself in cinematic action and vivid environments that bring each encounter to life as you unleash Superman’s Heat Vision, Bizarro’s Flame Breath, or Flash’s Speed Force Vortex on wave after wave of undead foes
• Compete against other players around the world to demonstrate your superior team-building skills to climb the ranks in 14 unique Leagues with escalating rewards
• Earn new characters and additional rewards through daily and weekly special events tied to the latest in DC comics, movies and TV

BECOME LEGENDARY
• Collect iconic and powerful gear for your hero, like Batman’s Batarang, Sinestro’s Power Battery, or Lex Luthor’s Kryptonite Ring, to upgrade their combat abilities
• Rank up your Super Hero and Super-Villain to five star and become a Legend
• Legendary heroes not only exhibit more powerful stats, but have improved Super Powers and a whole new visual persona