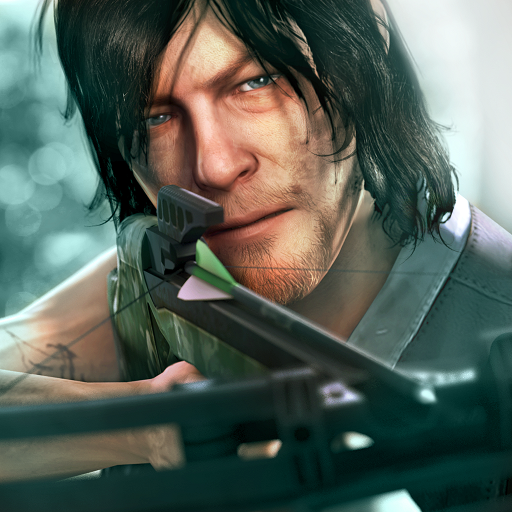 Join Rick, Daryl, Michonne and other iconic characters from AMC’s The Walking Dead in the official mobile game of the show. Do you have what it takes to stay alive?

The Walking Dead: No Man’s Land is a thrilling, action-packed RPG where tactical choices make the difference between life and death. Only the strongest will survive so choose your team wisely: bring Michonne and dominate in close-quarter combat or send Rick to dispatch enemies from afar. Or perhaps you’ll choose to snipe from a distance with Daryl’s crossbow, or mow the herd down with Abraham’s assault rifle.

• FIGHT through hordes of deadly enemies in tactical turn-based combat
• COLLECT and upgrade your favorite characters from AMC’s The Walking Dead
• CHOOSE the right team and the equipment for each mission
• HUNT walkers in Terminus, The Prison and other familiar locations from AMC’s The Walking Dead
• JOIN other players in deadly weekly challenges and PVP combat for exclusive rewards

“Throw in some pretty swish graphics, lovely animations and blood splatters, and you have one of the most carefully fleshed out zombie games we've seen on mobile. It looks lovely, and plays great too.” - Pocketgamer

“Each aspect of survival on AMC's The Walking Dead has been parallel to the series' official mobile game, subtitled No Man's Land.” - Mashable

“Imagine your favorite mobile base-building strategy game, mix in a dash of XCOM, and then paint on a fresh coat of AMC’s The Walking Dead. That’s No Man’s Land in a nutshell.” - Gamezebo

What is New:
All new Season 7 Missions! Exclusive show related Episodes unlock every Monday. Complete the
missions every week to get the menacing Negan on your team. Collect new weapons and armors
as they appear on TV!
What else is new:
- Streamlined mission view lets you access all mission types in one place
- Heroes with higher token costs will now unlock at a higher rarity
- XP Tents now permanently give twice as much XP as before
- Council level +1
Tags: Walking Dead Land
Android Games
1 244
Download APK:
https://dropapk.com/24rvu5hwaovk
Download OBB:
https://dropapk.com/bjj953kcaio1
Google Play Store:
https://play.google.com/store/apps/details?id=com.nextgames.android.twd