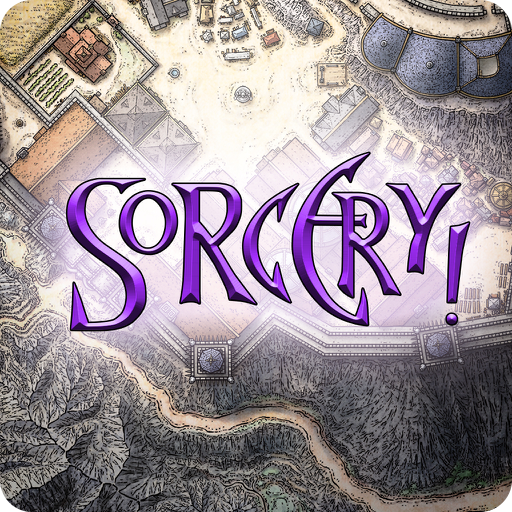 An open-world narrative adventure into a cursed Citadel of monsters, traps and magic. Fight weird creatures, cast powerful spells that shape the story, cheat death, and explore everywhere. Begin your journey here, or conclude your adventure from Part 3.

+ Explore freely - go where you want through a hand-drawn, 3D world, creating your own unique story
+ Totally dynamic storytelling - the story adapts itself around everything you do
+ Thousands of choices - all are remembered, from the big to the small, and all will shape your adventure
+ 3D buildings populate the landscape with dynamic cutaways as you enter.
+ Disguise yourself to infiltrate the Citadel. Characters react differently depending on how you are dressed
+ Uncover the secrets of magic - secret spells to discover, and new forms of magic to master
+ Multiple endings, and hundreds of secrets - the game is stuffed with secrets and hidden content. Can you enter the vaults? Will you find the grave of the invisible girl?
+ Cheat, swindle, deceive, or play with honour - how will you win the trust of the citizens of Mampang? Remember, every choice matters...
+ New enemies, including mutants, guards, merchants and the undead - each with their own strengths and weaknesses
+ Adapted from the best-selling gamebook series by legendary game designer Steve Jackson
+ Swindlestones is back! The game of bluff and deceit is back, with the toughest opponents yet - the Gambling Monks of Effe
+ Seven Gods, all with different quirks and powers
+ Start your adventure here, or load your character and all your choices from Part 3
+ New music from "80 Days" composer Laurence Chapman

"This is spectacular, a brave and fascinating evolution of what can only just be described as “interactive fiction” at this point. A bold step away from the confines of the source material, and a coherent and completely novel experience." - Rock Paper Shotgun

"Sorcery! 3 is unlike anything you’ve ever played. Its mix of puzzle-solving, combat, and choose-your-own-adventure stylings have created a unique form of entertainment that I cannot wait to get back into" - Pocket Tactics, 5/5

"This chapter of Sorcery! 3 does a fantastic job of keeping things dynamic and interesting, and better yet, its new puzzle-like aspect gives it the kind of magical, surprise-filled, combat-related fun fantasy fans live for." - Examiner.com, 5/5

The Crown of Kings has been stolen by the Archmage, and he intends to use it to decimate the Old World. You have been sent, alone, to break into the Citadel of Mampang and get it back. Armed with only a sword, a book of spells, and your wits, you must journey through the mountains, into the Fortress, and locate the Archmage himself. If you are discovered, it will mean certain death - but sometimes even death can be overcome...

From the creators of TIME's Game of the Year 2014, "80 Days", comes the final instalment in the acclaimed Sorcery! series. An interactive story with thousands of choices, all remembered, with no two adventures the same. Part 4 can be played on its own as a complete adventure, or players can load games from Part 3 to continue the narrative where they left off.

Adapted and expanded from the million-selling gamebook series by legendary game designer Steve Jackson, co-founder of Lionhead Studios (with Peter Molyneux) and co-creator of Fighting Fantasy and Games Workshop (with Ian Livingstone).

Using inkle's ink engine, the story is written in real-time around your choices and actions.

Praise for the Sorcery! series:
* "Some of 2013's best interactive storytelling" - IGN
* "inkle's adaptation of Sorcery! takes the genre to a whole new level" - Kotaku
* "I love this app... better than any gamebook ever was in your head when you were a kid" - 5/5, Interactive Fiction of the Year, Pocket Tactics
* Top 20 Mobile Game of 2013, Touch Arcade
* Gold Award, Pocket Gamer

What is New:
1.0.4
• Fixes a new bug introduced in 1.0.3 — sorry!
For some players, version 1.0.3 would fail to save progress. 1.0.4 fixes this, and your old data should be safe. Sorry for the inconvenience caused; we're looking at our release test process to see how this problem slipped through, and to make sure we can avoid bad releases in future.
1.0.3
• Fixed a bug that could reset some story events
• Fixed a bug that could lose story progress
• Fixed a bug that could cause a crash at startup
Tags: Sorcery
Android Games
1 307
Download APK:
https://dropapk.com/5px8831eq10w
Download OBB:
https://dropapk.com/50sn87o4vj3g
Google Play Store:
https://play.google.com/store/apps/details?id=com.inkle.sorcery4