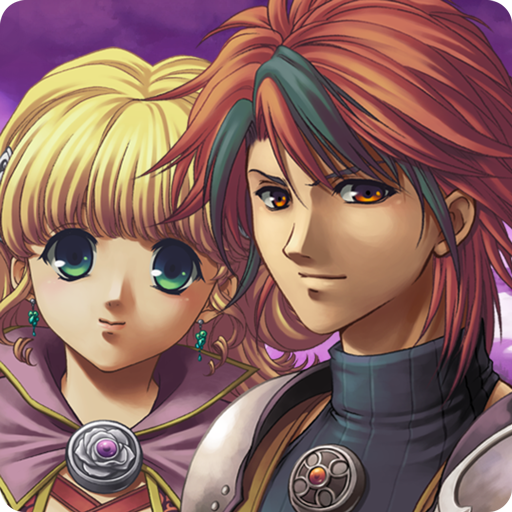 The next installment in the smash hit JRPG series, Alphadia II, is finally here! It’s time to unleash your energi once again and enjoy an immersive experience in a new and exciting world honed to perfection with a massive graphical overhaul, richly developed characters, and a streamlined battle system!

Alphadia II takes players on an unforgettable adventure 200 years after the events of the first Alphadia. Though after seemingly being lost to the inhabitants of the world, energi once again makes its appearance, and before long begins to drive opposing powers into an all out scramble to take control of this ever diminishing resource.

Energi… the source of power interconnected with all living things.

In times of old, the human race erected a great civilization that thrived on the use of this power. However, some two centuries earlier, an incident known as the Energi Crisis erupted and led to the planet's energi being sealed away. As a result, people lost the mysterious powers they were once capable of harnessing.

The story now picks up with the protagonist, Leon, who has been assigned to his first solo mission by the Energi Guild. And there within his mind echo the words of the guildmistress when she stated: "Energi is the hidden power within each individual. It is the power of the heart and mind, and when purposefully sought, its true potential is unleashed."

Nostalgia at its best! It’s like old-school meets new-school with perfect harmony!
Sporting a colorful and gorgeously detailed 2D battle system, individual break skills, elementals that combine to create more powerful energi skills, and even an auto-battle function, Alphadia II comes equipped with everything fans of traditional JRPGs could expect and caters to both the hardcore and casual gamer alike!

Can you handle it?!
Aside from a voluminous story, Alphadia II offers a new "Mission" system in which players are able to accept missions from the guild in order to receive valuable coins. These coins can then be exchanged for powerful equipment and other hard-to-get items later on. In addition to the main story and missions is a wealth of subquests, making this title truly the whole package. In fact, after finishing the game, there may be still much more to do than one might think!

*The actual price might differ depending on the region.

What is New:
*For troubleshooting, please contact us at android@kemco.jp. While we may not be able to provide direct responses to individual users, know we will work our hardest to rectify any reported program issues.
ver 1.0.5g
- Bug fix for Android 7.0.
Tags: Alphadia
Android Games
1 270
Download APK:
https://dropapk.com/exo40ui82djy
Google Play Store:
https://play.google.com/store/apps/details?id=kemco.execreate.alphadia2