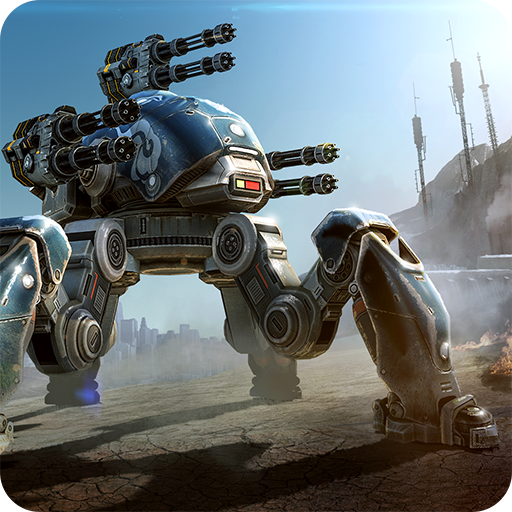 War Robots is an action-packed multiplayer game with 6 vs. 6 team battles in real-time! Join the ranks of the Metal Warriors!

"If you are looking for something new and love robots and multiplayer battles it's worth the download to check it out since initially it won’t cost you anything." - Droid Gamers

"War Robots is an excellent game that works well no matter if you play it on your Android smartphone or tablet, and it’s such a good multiplayer game that it can give people a competitive challenge while on the move." - AndroidHeadlines

"As a high-end, team-based online multiplayer mech game on Android, it's also fairly unique to the platform." - Android Police

It's a time of war, pilot! Are you ready for surprise attacks, intricate tactical maneuvers and the many sneaky tricks your rivals have in store for you? Destroy enemy robots, capture all the beacons, and upgrade your weapons to increase combat strength, speed, and durability of your battle robot. Prove yourself in each map and use different strategies and tactics to emerge victorious from battle!

MAIN FEATURES:
– 24 battle robots with different strengths;
– more than 20 weapon types, including ballistic missiles, energy and plasma guns. What will you choose?
– many possible combinations of robots and weapons. Create a war machine to fit your own play style;
– create your own clan and lead it to glorious victories;
– join epic PvP battles against rivals from all over the world;
– complete military tasks for bonuses and earn the Best Pilot title.

Onward, soldier! Victory is yours!

Want to talk about the game or find allies?
Join us on Facebook: https://www.facebook.com/walking.war.robots/
Follow us on Twitter: https://twitter.com/WWR_by_Pixonic
Watch new videos on YouTube: https://www.youtube.com/user/WALKINGWARROBOTS
Find all about WR on our Knowledge Base: http://faq.wwr.mobi/hc/en-us/

What is New:
NEWS:
— Get most recent WR news right in the game!
What else:
— Energy shields received double damage due to a bug — now fixed;
— Ancile and Fujin shields adjusted for a proper post-fix performance;
— Damage increase rate (per level) is now equal for all weapons;
— Missions are replaced with Leagues;
— Minor bug fixes
Mod Info:
Premium Enabled(Not visible in GUI but you will receive 50% bonuses in the end of battles)
Anti-Ban
Tags: Robots
Android Games
1 528
Download APK:
https://dailyuploads.net/55i5sb1b69rx
Download OBB:
https://dailyuploads.net/4vos56xgwo43
Google Play Store:
https://play.google.com/store/apps/details?id=com.pixonic.wwr