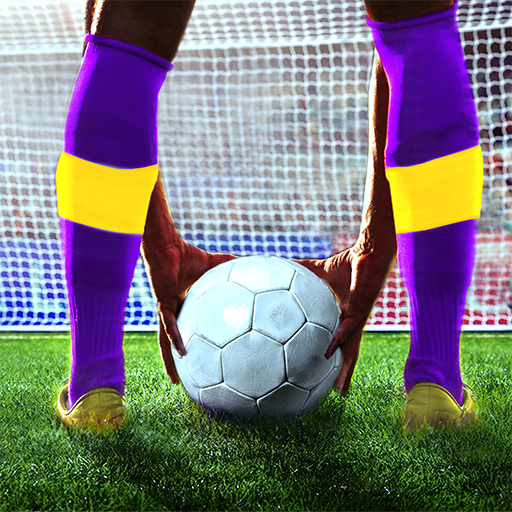 Join millions of football players and conquer the world – see thrilling challenges and beat them one by one in attempt to become most skilled football player in the world!

- enjoy over 60 exciting challenges,
- discover accurate game physics,
- customize your avatar,
- take on thrilling challenges around the world,
- keep up with the weekly updates with new exciting contents,
- precise skill based shooting mechanics,
- play on 5 different stadiums,
- visit countries around the world like: Italy, France, Brazil, Ghana or Spain

Perform amazing soccer tricks and kick out all targets from the football field. Progress to new countries and explore new challenges - and hopefully beat them all!

No game ever before brought football kicking experience similar to Real Soccer Champions Football. Flick the ball and watch the effects:
- be proud when you destroy all targets,
- watch crackin balloons,
- avoid balloons filled with explosive materials,
- watch out for deadly TNT,
- shoot around indestructible obstacles,

CUSTOMIZE YOUR AVATAR:
Change your gender, nationality and play as a real football country's representatives. Soccer game is much more pleasure when you can shoot penalty kicks in your favourite country outfit.

Play amazing matches with world cup emotions similar to official tournaments like in brazil or france. Remind yourself when professional footballers who have played as a strikers shot the most important goals in 2012, 2014 or 2016! Do you remember that amazing feeling? Strike the ball and score amazing goals. Prove that you are one of the league champions! Even the football english league doesn’t provide a such real football emotions.

Have you ever wanted to participate in official tournaments and feel like real soccer players. In this new version of the football sport game you will have an opportunity to be a member of the most powerful soccer teams of your dreams from cities like: madrid, barcelona, munich, dortmund, manchester, turin or milan. Play now and shoot penalty kicks with flick kick mechanics.

Dream league at your fingertips - it just need to take this opportunity and play as football or soccer manager of your own career. Penalty kicks were never so exciting! Nowadays they are the most sought-after stars in english, german, spanish, italian, american league or even french ligue! The football stars available in this exciting soccer game are awesome and the goalkeepers who will defend your shoots too!

Play, strike and score as many goals as you can! Show who is the best! Use your imagination and do not be afraid of it!

Referee will never again disrupt match experience and you will be able to score astonishing goals and show other football players that your skills are at least on the level of the most popular players.

Kick the ball and score the goal.