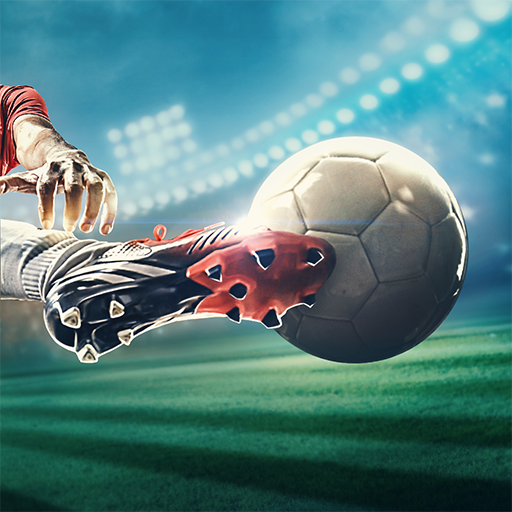 Jump right into penalty shootout action. Beat challenges, play as a kicker or defend. Score and win the world cup!

FEATURES:
- Extremely realistic ball physics
- Easy and intuitive controls: swipe and flick
- Beat countless soccer challenges
- Play as the kicker or the defender
- Kick right through the defense and score the goal
- Become a star with your favorite national team
- Manage your player through an epic career
- Play in tournaments all around the world
- Win the world cup and become a football star


INTUITIVE CONTROLS
Just swipe and watch the ball fly right beside the defender. Flick to the side to control the trajectory of the ball. It's easy to control the goalkeeper, too: just swipe in the direction where the ball is going and lunge like a fifa champion.

REALISTIC SOCCER PHYSICS
Real-life physics are rendered by an advanced game engine made with the help of real football players. The soccer experience was never so realistic. Simply tap this sports game and top the leaderboard with as many flick goals as you can. As your own manager, you're going to get all the profits of your victories.

PENALTY SHOOTOUT MECHANICS
Shoot right through the defense to score a goal. Predict in what direction will the goalkeeper go and perform a trick shot to get the big win.

ALL STAR FOOTBALL PENALTY KICKS
Play in the 2016 world championship in stadiums in Europe and the Americas. Disregard referees and kick your way through every penalty shootout situation like a champ. You can play a whole tournament during a break or on the bus. Win the whole fifa championship in just a day of the year '16.

CHOOSE YOUR DREAM TEAM
You can choose any national team to represent. Be your own football manager: choose how your player will look and then you're all set to win the world cup. Play in any league or tournament of 2016 and lead your dream champion to the ultimate victory. Your national team will become the best soccer stars.

REAL FOOTBALL EMOTIONS
Like all the best things in the world this 2016 sports game is for free. Download, kick, and GOAL!