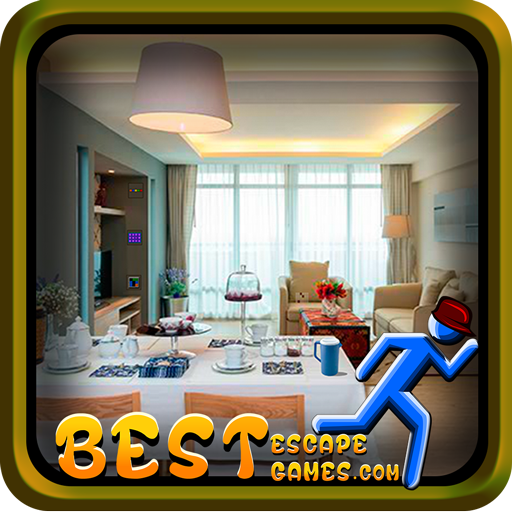 Escape From Wan House is a point and click free room escape game for free developed by BestEscapeGames. Can you try to Escape Tom From Wan House soon.
Tom is a young wealthy man, who lives with his friends in a modern house near Paris. Tom and his friends have planned to visit Los Angeles for celebrating their friend engagement party and the flight for Los Angeles starts at next morning. Tom and his friends got prepared and went to the airport soon. After they reached, Tom searched for his passport and saw it missing in the bag. Now, Tom ran to the house by leaving his friends at the airport and reached his home. As it is a Wan House, it is accessed only by inserting the card to enter and to exit. When he entered, he left the card outside and locked the door and began to search for his passport. After a few minutes, he got a call from his friends regarding the passport which is in his friend bag. Now Tom tried to urge out of the house, but the card is outside. Now he needs to find out the spare card in the house to Escape From Wan House and reach the airport in time.

Get Instant Alerts On New Games For Your Mobile Device. —>>