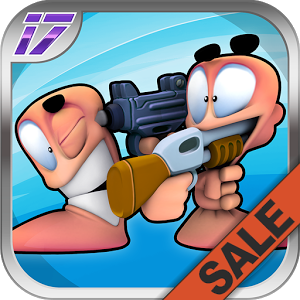 9/10 вЂ“ вЂњItвЂ™s brilliant to see such a celebrated series treated respectfully on Android. Worms 2: Armageddon is the real dealвЂќ, AppStorm

8/10 - Silver Award - "If the franchise has burrowed its way into your affections at all over the past decade, this is the mobile version for you", Pocket Gamer

Grab your grenades and prepare for battle, as the worms are back, bigger and better than ever in Wormsв„ў 2: Armageddon! The best-selling turn-based-strategy blast-a-thon is now available on Android, with new weapons, brand new customisation options and of course, more explosions!


NOTE: Team17 offers no support for third party or edited ROMs. Any performance or critical issues experienced on a non-standard factory ROM for any device will not be supported. If you would like to request support for any ROMs which are not standard, please contact the developer of the ROM directly.
Tags: worms armageddon
Android Games
5 488
Download APK:
http://dl.globalapk.com/2014/02/Worms 2: Armageddon v1.4.0.apk
Google Play Store:
https://play.google.com/store/apps/details?id=com.worms2armageddon.app